Avengers movies: a look back 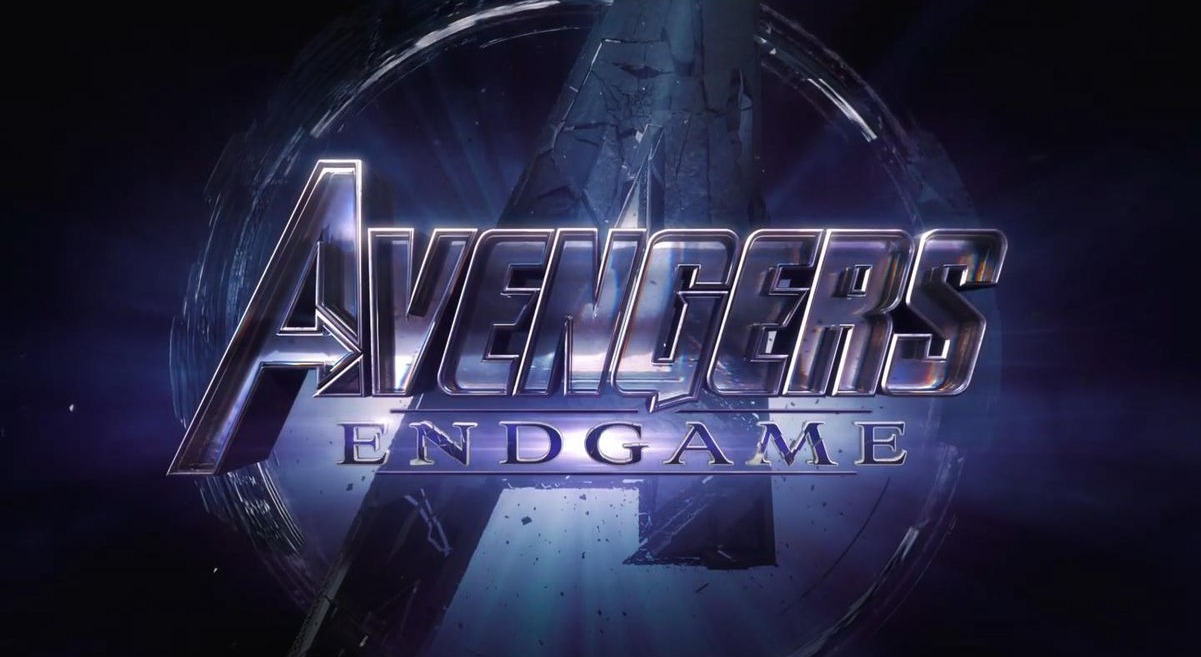 A decade ago, few could have predicted the unbridled success that the Avengers movies would achieve. While Marvel had already accomplished some big box office wins with the Spider-Man and X-Men movie trilogies, these films were based on familiar superheroes who starred in popular animated series throughout the 1990s. While Captain America, Iron Man, Thor, and The Incredible Hulk each had successful movies prior to the first Avengers movie in 2012, the gang itself was not as recognizable to non-comic book readers in particular.

The Avengers $220 million budget amounted to a huge investment for Walt Disney and Marvel Studios’, which would make or break the future of the Marvel Cinematic Universe (MCU) as it exists today.

Now having grossed $7 billion at the box office over the course of four movies, the Avengers films have become integral to popular culture on a global scale. To celebrate Earth’s Mightiest Heroes, we’re taking a look back at how TV advertising for each cinematic release has changed since the 2012 original, up to the gargantuan quadrilogy conclusion: Avengers: Endgame. Which, in case you haven’t heard, is now the second highest grossing movie of all time! 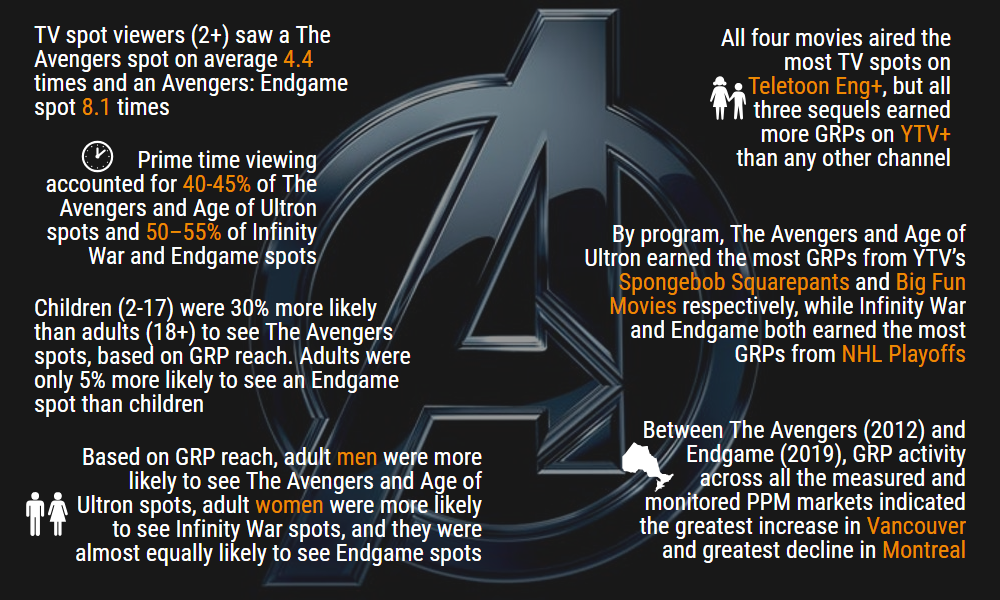 * based on CMR data 1-month prior to theatrical debuts, across all measured and monitored PPM markets

We've all heard how important it is to focus on brand building during COVID-19. Experts across the globe have shown us historical data supporting the fact that brands that invest during difficult times are more successful in the end. ThinkTV and RadioConnects have done an amazing job at curating [...]
END_OF_DOCUMENT_TOKEN_TO_BE_REPLACED

Unsurprisingly TV viewing in Canada has been impacted by the COVID-19 pandemic.  At the beginning of the initial lock down it grew for a number of reasons. A need for news updates on the pandemic along with increased availability to view with more people at home meant that average hours viewed per [...]
END_OF_DOCUMENT_TOKEN_TO_BE_REPLACED

We create our hot topic audience report at the end of every TV season so that our clients have quick and easy access to the TV viewing trends in Canada.
END_OF_DOCUMENT_TOKEN_TO_BE_REPLACED