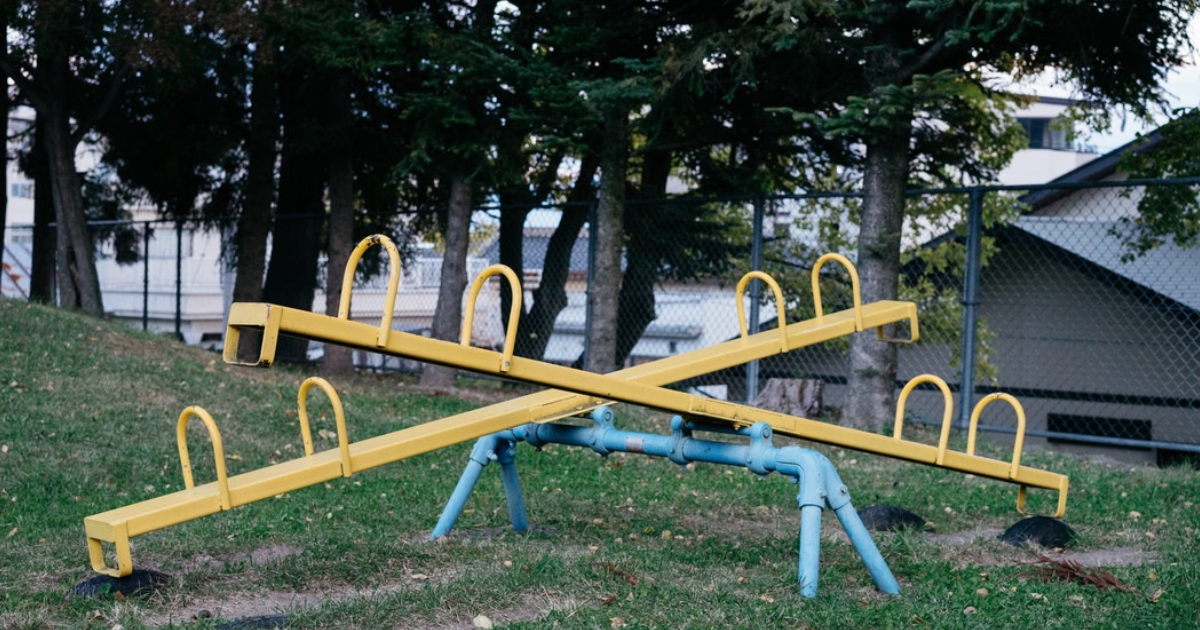 Slides and seesaws; or when inevitable, isn’t.

The world of retail appears to be going through a period of one-way transformation.  Online-only disrupters such as Amazon, Warby Parker, Indochino and Endy are cutting a swathe through traditional bricks and mortar businesses, leaving a trail of closed stores and echoing malls in their wake.  The wisdom of this transformation is typically unquestioned, and the companies themselves are often assessed primarily on how fast they’re able to make the shift.  ‘Change or die’, comes the cry.

Like a slide in a playground, the movement would appear to be one-way and inevitable.

In the world of data, similar one-way ‘slides’ are appearing:

The same assumptions are made in the world of data as in the world of retail.  We assume this shift is towards things that are unequivocally better.  That this shift should only be from the ‘old’ to the ‘new’ and somehow inevitable.  And a company’s data is typically assessed primarily on how able they are to offer the ‘new’ metrics.  How far down the slide are they?

Yet when we take a closer look at retail, we see a more nuanced reality.  Take Warby Parker for instance.  Starting online-only in 2010, it has since opened 64 physical stores, with plans to open 100 by the end of 2018.  Indochino began in 2007 with no intention of being anything other than online.  Yet it has already opened 34 physical locations and plans to open up to 150 in the coming years.  And Amazon – never a company to do things in half-measure – has plans to open a staggering 3,000 physical locations.

So perhaps this is not a ‘slide’ after all, but rather something closer to a see-saw.  Rather than being one-way and inevitable, it is in fact closer to a balancing act.  One where the true objective is to do what works best.

Indochino’s main job is to sell custom suits, not to be an online-only entity.  So when they found that their sales were double in locations where they had a physical store, they opened more stores.  When Warby Parker found that the cost of customer acquisition was halved in locations with a physical location, they opened more locations.  Companies don’t get rewarded for how they do things, but for what they do.

We should heed the lesson here for the world of data.  This is not a ‘slide’, where we have to rush headlong away from context, opportunity and the past.  Rather this is a seesaw, where we need to find the right balance depending on what works for our companies and our clients.  That could well mean investing more in audiences, action and prediction.  But it must not mean doing so at the cost of neglecting what continues to work.  That would be akin to neglecting your physical store because you opened a website.  Instead, we need to identify our pivot points, and invest in improving our understanding of both sides of the seesaw.

Don't miss other articles by David Phillips including:

Legalization of Cannabis in Canada